I have been trying to have a salad every day (or a meal comprised mostly of raw veggies…) and so I may have by default reduced the amount of meals I cook in a week…although usually lunch is pretty easy regardless of salads…so maybe it is essentially the same.

This week I made three things:

1. Good Gravy Bowl from Isa Does It! (the cookbook by Isa Chandra Moscowitz) 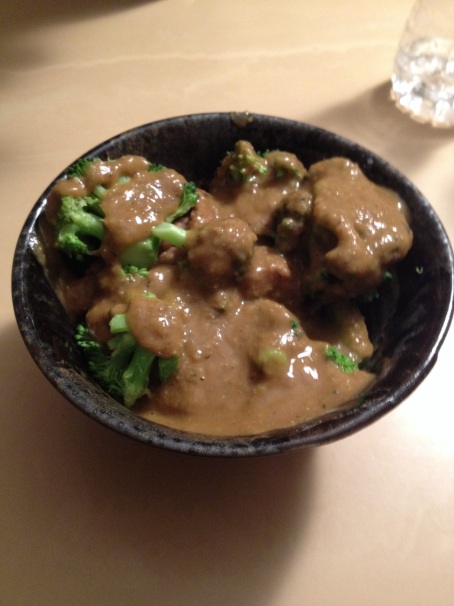 Instead of putting rice in the bowl, I made mashed potatoes and put that at the bottom, it was really good, savory, and comforting. It is not something that really has a huge “wow!” factor to me but it’s definitely tasty and something I would make again! I’m going to give it 4 good bananas, 1 bad since it lacks the real wowieness…

2. Butternut Squash Soup made in the crockpot from this recipe 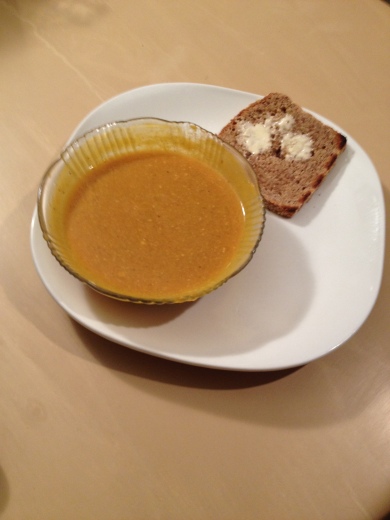 I may have ended up altering this recipe as I didn’t know weigh my squash and had no idea if was a pound, but assumed it was less, and so I reduced everything. For this reason (since I do not know if it was accurate to the original recipe or not) I am not going to give it a rating since I could have changed the flavors a lot. It was good, but I may have put too many carrots into it as the butternut squash flavor seemed weak…I also wished the coconut milk was more smooth in it, but I think that was also due to error on my part maybe.

Oh my goodness, have I created a monster! I loved this and I am so proud of myself for pulling it off. It’s been something that has been in my arsenal for awhile now since seeing this on Pinterest. I wanted to create a version that A) was vegan and B) was baked, not deep fried. It’s possible to make it gluten free, and some of the processes that go into making it are fun to involve kids (plus the recipe itself is very kid-friendly!)

That’s it! I will be back here shortly to post the recipe for the Mac ‘N Cheese Sliders soon…