With Vegan Pizza Day coming up at the end of the month (June 28 to be exact- rsvp to the facebook event!) I wanted to provide you with a kickass, blow your mind, original recipe for a unique vegan pizza for this occasion.

Today I tested out my idea. I was worried it would not go as planned, but it came out flawless.

It has a cornmeal crust made from this recipe, a cauliflower white sauce, sliced jalapenos, daiya cheddar, cream cheese stuffed crust, and a sprinkling of whole wheat breadcrumbs.

Here is the recipe. I have taken lots of pictures throughout the pizza making process to explain what I did a bit better.

For the rest of the pizza:

To make the sauce:

To assemble and cook the pizza: 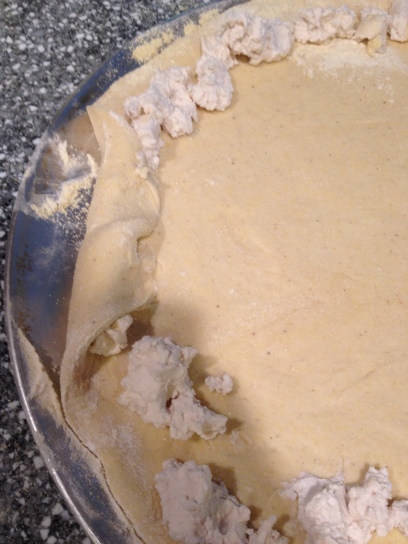 A detailed picture of how I stuffed and folded the crust. 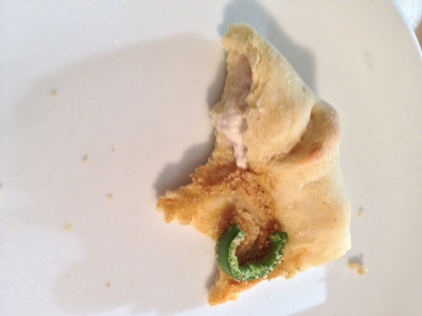 After being baked and half eaten, a detail of the stuffed crust

A picture of a scrumptious baked slice

So there you have it! Hopefully I will be able to dream up some other ridiculous and amazing vegan pizza recipes this month, but we shall see. I do not know how I can top this one! haha