Over the holidays, I got a vegan Ethiopian cookbook, Teff Love, by Kittee Berns, for a present.

I have loved Ethiopian cuisine since I lived in the Boston area, where I used to go to a restaurant in Cambridge, MA called Addi’s Red Sea. It is a very vegan friendly cuisine. Vegnews recently shared a story that has more about Ethiopian culture and their food and why it’s so vegan-friendly. Check it out here.

At first I only had the time and energy to try the Ethiopian style tofu scramble recipe. I’m pretty sure I could eat that almost every day for the rest of my life and not get sick of it. What really makes it is the berbere spice, the signature spice mix for the cuisine…although I’m a baby when it comes to spice and so I reduce it by quite a bit.

You can get it in the international section of Whole Foods, among other places, I am sure.

One of the best parts of the food is the Injera, the spongy, crepe-like sourdough bread that you eat everything with. It can be used instead of utensils. It’s naturally gluten free (made from teff flour–which inspired the name of Bern’s cookbook). However, it takes up to a week to fully make, which is a bit complicated…but worth it if you can figure it out. If you are pressed for time though, the book has a teff crepe recipe which is really awesome as well.

Another great aspect of Ethiopian food is that it makes a lot of food, and it lends itself to making multiple dishes and feeding lots of people.

For example, the first time I made it, I gave some to my friend who had just had a baby as part of a meal train.

Here’s a picture she took of her plate:

And here is one of my favorite pictures of my own plate (one of many):

Also, my dad happens to work with someone from Ethiopia, who ended up giving me a huge jar of Teff flour! It was very exciting as it’s like hitting the teff jackpot! 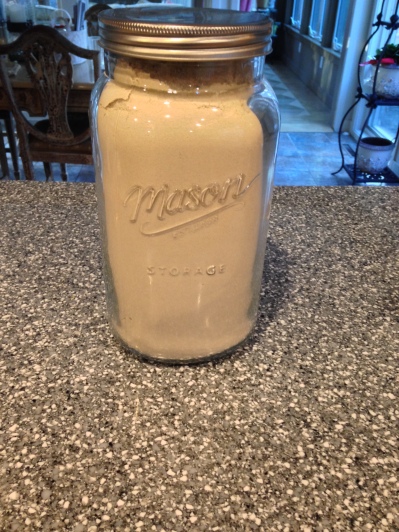 After making a large batch of food for myself and my friend and her family, I made a dish by itself. It is called ye’zelbo gomen be’karot, which is kale with carrots, onions and mild spices. It’s seriously the best kale dish I’ve ever eaten, and that is saying a lot (I love kale) and my whole family loves it.

Speaking of which: yesterday (Wednesday April 7), after spending the weekend in my kitchen making a big feast for Monday, only to have snow (!!!) cancel the class, I served the small college program, College Unbound, who helped me get my bachelor’s degree, the feast as well! I kept raving about the kale dish to everyone, and one student said she doesn’t like kale, but I got her to try it anyways, and she really liked it! Her cousin who was also there, was claiming she might need to contact the local news channel because I had her trying foods she’d never tried before, and she’s usually so picky…which was a big compliment for myself and the author of the cookbook! Here are a few pictures of some of the other students posing with their plates:

Also, the majority of the students had never had Ethiopian food before when we asked. Most people who tried it were not put off by the fact that there wasn’t meat in the dishes, which can happen sometimes when I am feeding large groups (or at least they didn’t say it to my face! haha). I had one person comment to me that the split peas in mild sauce (called ye’ater kik alicha in the book) had a meatlike texture. My friend Domingo, who is pictured in the first picture above, was excited also that I made the vegan Ethiopian style mac and cheesie, because he’s lactose intolerant.

It was a really positive experience for myself and all involved. Especially because I could effortlessly share my love of another culture’s food and share that vegan food doesn’t have to be bland, boring, or leave you craving protein (in fact, the red lentils in spicy sauce, in a dish called ye’misser wot, have 15g of protein per serving, according to Teff Love!). I hope to do it again soon.

And I can’t recommend the cookbook Teff Love, enough!

I have forgotten/been busy and have been neglecting this for a few weeks. Aside from some Christmas food postings, and my recipe for my brownies the other night, I have not been posting much! Hopefully I can change that while I’m on break from school!

Anyways, I am going to fill in some gaps of some things I have made recently.

Kale Salad with Butternut Squash and Lentils from Isa Does It 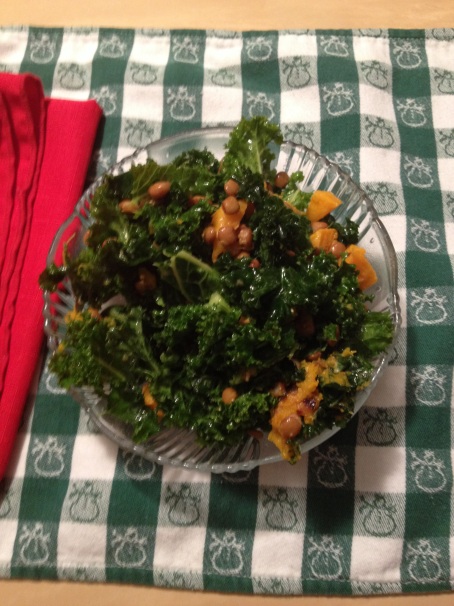 I really loved the texture of this salad! The flavors were great. As a meal it was surprisingly satisfied. I’d definitely make it again and it was quite easy. The easier the better lately, in my opinion! 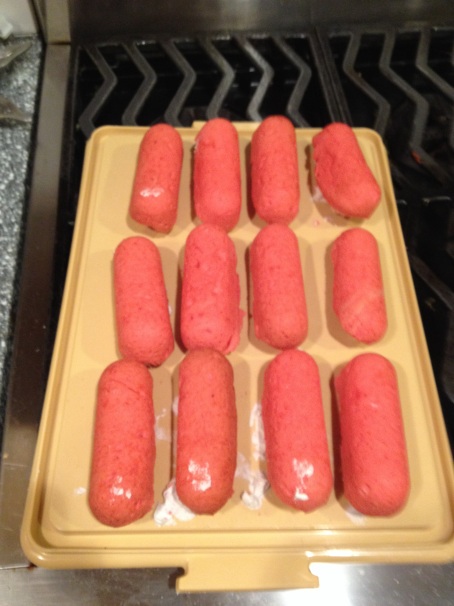 I also made these for the writing workshop with my new canoe pan I got for Christmas! The cake batter ends up coming out really thick and bakes like the consistency of a donut. You can’t really taste the fruit punch flavor as much as I’d like. Some tweaking of my own vegan twinkie creations is definitely in order! But it was great to have a recipe to work from and see if it works, get inspired by! Believe me…there’ll be more vegan twinkie recipes in the future. As someone of an aside…I need to get more practice with the frosting syringe so that the filling gets distributed evenly throughout the twinkie fully…

Cucumber Ranch Bowl from Isa Does It

This was quite good. I loved the crispy tofu and the  spices used to make it. The dressing has a bit of an odd texture but is good. The broccoli goes well and also gets more veggies into the dish. I liked the textures combined with the rice. I do not know for sure if it is something I would make again though? I thought it would be much better than I thought by the write up it had in the cookbook. I think it’s good for a one time trial…not sure what to rate it banana-wise since it was good enough, maybe I will settle on 3 good bananas? I cannot decide though! Ok 3 good bananas it is. But I would definitely make the tofu again, just in something different. 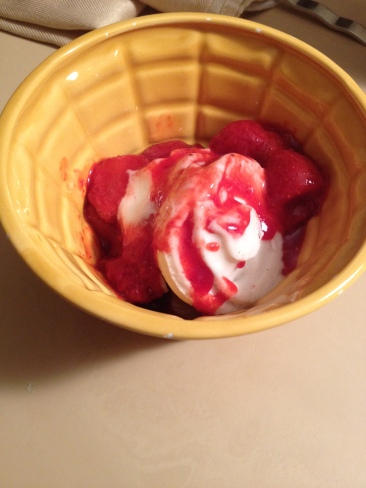 I made this for my dessert on New Years Eve. It was really good, and not sickeningly sweet. I liked it a lot and put it on my waffles the next morning as a healthy topping! So good.

I used some recipes for reference for this. Mainly this one for the tempeh taco meat and this one (for the taco seasoning which I tweaked a bit by reducing salt and omitting the crushed red pepper). It was delicious though I put way too much of my guacamole onto it haha. Yum. The tempeh taco meat is definitely a good idea!

I have also been making a lot salads with some bbq’d Beyond Meat I got for free, eating the brownies I made last night, making a few daiya grilled cheese sandwiches, and other convenient foods but I need to get back to eating and cooking with more fresh veggies and such. I am going to try making the sweet potato gnocchi with tarragon cashew cream soon from Isa Does It. Be prepared to see that next week!